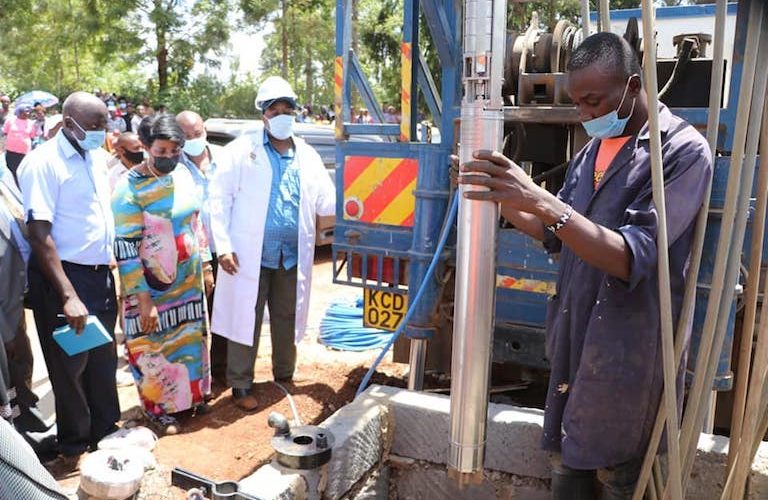 The PS began by inspecting Maragua Muslim Community Trust Fund Ablution Block in Maragua Town being implemented by Water Sector Trust Fund, then proceeded to inspect Maragua Bulk Pipeline at Maragua Hospital and Gakoigo Treatment Works at Nginda Chief’s Office being implemented by the Ministry of Water, Sanitation and Irrigation.

The PS then proceeded to launch Kiiriangoro Community Water Supply at Kiiriangoro Coffee Factory Grounds which has an estimated yield of 100,000 litres per day. The PS also launched Njiiri High School borehole that will also serve the neighbouring community and is being implemented by the Ministry of Water, Sanitation and Irrigation.He later launched the distribution of pipes for Makomboki Water Supply Project at Makomboki Shopping Centre.
So far, Athi Water Works has invested 7 Billion Kshs in water and sanitation to serve residents of Muranga County. The Agency seeks to increase water coverage for the area from the current 64% to 80% by the year 2022.